5 Pick Your Own Fruit Farm Dates in Greater Boston

10 Places for Fireside Dining in Boston and Beyond

Three Stops for a Perfect Night out in Boston’s Seaport

20 Holiday Happenings to Enjoy in Boston and Beyond for 2019

Getaway for a Family Date in Cape Cod

10 ideas for a Boston Girls’ Night Out The Boston craft brewery scene has been hoppin’ (pun intended) the last few years with lots of new small breweries popping up in and around our area. Eat local, drink local has become an important part of the local crafter’s creed as most of these small neighborhood brewers use locally sourced ingredients or even grow their own ingredients right on-site. Some of the most unique of these are nestled in small towns outside the city and truly becoming a part of the community that surrounds them.  Many of these small crafters are a family run business and their breweries give off that feeling of hanging out with family. If you are interested in the brewing process or learning more about beer, local crafters will have a lot of knowledge and information to share over one of their favorite pints.  Here are five craft brewers in and around the city we think are worth a drive for their brew as much as for the local small town brewer experience.

This small brewery is aptly named as it is located in the town of Hopkinton, home to the start line of the famed Boston Marathon.  Start Line Brewing crafts their beers here using their own hydroponic hops.  The brewery is located right next to Water Fresh Farm (a local hydroponic farm selling their own fresh produce, sandwiches and sundries).  The tap room is small with a warm, friendly and casual feel. There are window panels opening up into the brewery so you can see a bit of the beer making magic taking place before your eyes. You can also visit a part of the greenhouse while there to see the hydroponic bounty growing on-site. They have seven year round brews as well as seasonal and short run brews to taste. Taste by the pint or by tasting flights. They also offer the option to take some brews home with you to enjoy later as they are sold in the tap room in 4 16 oz pack cans, 64 oz Growlers. or 32 oz Crowlers.
151R Hayden Rowe Street, Hopkinton, MA
508-761-2044; startlinebrewing.com Purgatory Beer just opened its doors in late 2017 but it is an up and coming brewer definitely worth the drive to check out. The tap room has a fun, rustic vibe and an small indoor/outdoor open seat setting in old refurbished industrial area.  Their taproom is family friendly as well as dog friendly. They have a fun selection of old games, puzzles, and toys to use while on-site (a favorite while we visited was the 90’s trivia game and the rock ’em sock ’em robots). They offer a small snack menu including hot pretzels (what goes better with beer??). Patrons can also bring in their own food, order local delivery, or choose from local food truck offerings when available to accompany the beer tasting experience.  They have a choice of about half a dozen beers and you can enjoy a pint of a single brew or a tasting flight of four 4 ounces glasses.
670 Linwood Ave., Whitinsville, MA
508.596.2194; purgatorybeer.com Cold Harbor Brewing is another small, neighborhood brewer who embraces their community. They focus on partnering with local farms when they can to create their artisanal craft beers. This is a draft only brewery with a constantly rotating selection of varieties to enjoy in their small tap room. The space is family friendly and also a dog friendly spot.  A great place to unwind for the afternoon and learn about the art of brewing the perfect pint.  Check with them about availability of brewery tours as well.
108 Milk Street, Suite 6, Westborough, MA
508-871-0910; coldharborbrewing.com Springdale was founded in 2016 as an experimental arm of Jack’s Abby Brewing in Framingham.  A truly unique tap room space that offers fun ongoing events (such as barrel room yoga or trivia nights) in the midst of hundreds of oak barrels filled with their ales and lagers undergoing the fermentation process. The space also has board games, arcade games, skee-ball and basketball games adding to the fun here.  There are 15 plus beers on tap here and the selection is varied. The focus is on IPA, ales, and barrel aged beers.  Springdale is located in the same building as its parent company Jack’s Abby Brewing which houses a Beer Hall & Kitchen in addition to the brewery. So a stop next door as well may be in order for some food along with the beer tasting. The food at the Beer Hall & Kitchen is served up in a traditional, communal German beer hall style open seating setting and ranges from appetizers, pizza, or sandwiches to inventive dinner plates. This is a fun and unique spot offering lots of options for you and your craft beer lover to enjoy!
101 Clinton Street, Framingham
774-777-5430; springdalebeer.com Trillium brews are some of the most creative and flavorful beers around and you will only find them in Massachusetts. Their brewing is based in the concept of being a New England farmhouse brewery and they use local ingredients whenever possible in their inventive processes. They began in a small spot in the city’s Fort Point neighborhood and have since expanded to have a larger brewery, retail and taproom in Canton. The Canton location has two tasting rooms from which you can see the production process underway before your very eyes. They also have a large patio open seasonally with live music, food trucks and fun special events regularly on the calendar.  They host pop ups and fun tasting events in and around the Boston area regularly. An afternoon with one of the most sought after brews in the state will definitely impress your beer lovin’ date!
617-453-8745; 369 Congress Street, Boston
781-562-0073; 110 Shawmut Rd, Canton
trilliumbrewing.com 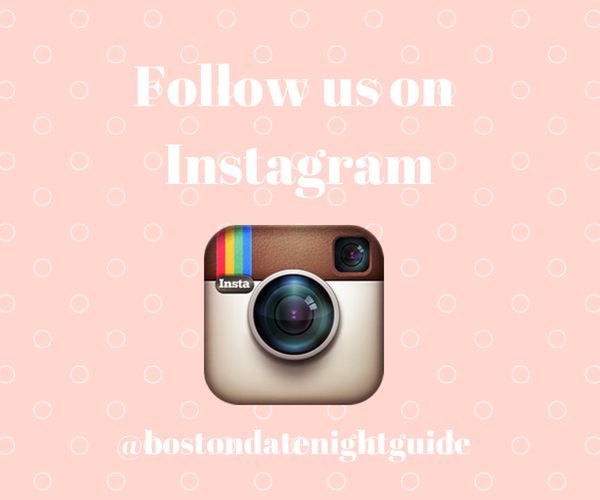